When Sora's Silly Styles contacted me to book a shoot at Matsuricon 2016 and said she was bringing Edea I had to do a double take.  I have NEVER seen anybody cosplay as her, and actually used to play FFVIII quite a bit back in the day.  I knew exactly where I wanted to do the shoot and knew that I wanted it after dark so the lights of the bridge would be prominent.  Unfortunately instead of the normal slow rotation from one color to another (absolutely PERFECT for getting just the right complimentary color) they had the bridge where it had all the colors at once along the line of lights, which is still pretty to the human eye, but definitely NOT what I had in my head for the shoot.

When we met up for the shoot she said that some people had tried to high five her prop and had almost broken a couple of the spokes, so I assured her I could work with that and we headed up to the bridge to get set up.  After speaking with a few of the photographers huddled at the convention end of the bridge they said they had been spoken to by the hotel who owns the bridge about doing photography on their end and were asked to stay on the convention side.  The bridge typically has people walking back and forth CONSTANTLY during a convention and I knew that wouldn't be a problem with my shooting style because unless you are within five feet you aren't going to show up. We set up, grabbed the shots and sure enough right as we were finishing up we had a guy in a suit from the hotel come and basically kick us off saying the hotel didn't allow professional photographers to shoot on their property.  I could have pressed the point that I am NOT a professional photography (and hate being called that actually but that's a story for another day.  I'm actually a professional data anaylst if you want to get technical about it, photography is a hobby) so we packed up and headed back to the convention center. I showed her back of camera on some of the shots and we were both pleased with how the quick shoot turned out (9:32PM - 9:45PM from the EXIF data on the images).

I knew I would have to do some post anyway to fix the spokes for her and also really wanted to capture the normal glow of the bridge so decided to take my time on this one and really make the images pop like the vision I had for them in my head.  The bridge lighting not being what I wanted and the spokes were just hiccups that were easily dealt with, but took some time so this edit session was right around an hour for the set of images she selected. I got them done, and kicked them up to her gallery (you can view them below). Now that I have a really solid editing laptop, I have got into the habit of recording my editing sessions for this type of case where I want to generate some content for you guys from the ridiculous amount of not so fun editing work that goes on behind the scenes. I have had a lot of people say they like seeing what goes into a shoot so I will be doing more of these in the future! Below is a time lapse of the editing process to fix the spokes, add some punch, and basically make what we shot match what was in my head.  I am very happy with the end result and my client has not stopped posting about her shiny new pics ;) (THAT makes me happy to no end guys).  To know that you appreciate the hours and hours and hours that go into a shoot after the fact - from setting up galleries, uploading samples, editing, processing, uploading.....it takes a LOT! It truly means a ton that you all like what we do and appreciate it so thank you *bows*  Enjoy the edit and the finals and if you want to see the normal speed edit with audio commentary let me know below!  If there is a demand for stuff like that I will start doing full sets as well.  Until then keep being awesome to one another guys, peace.  Dude out.

Bridge during daylight from the outside.  We were on the left side shooting towards the right.

You get some onlookers during a shoot and because of how I shoot I don't even notice them till I get back and start editing.  It's pretty funny to see what goes on in the background of a shoot! 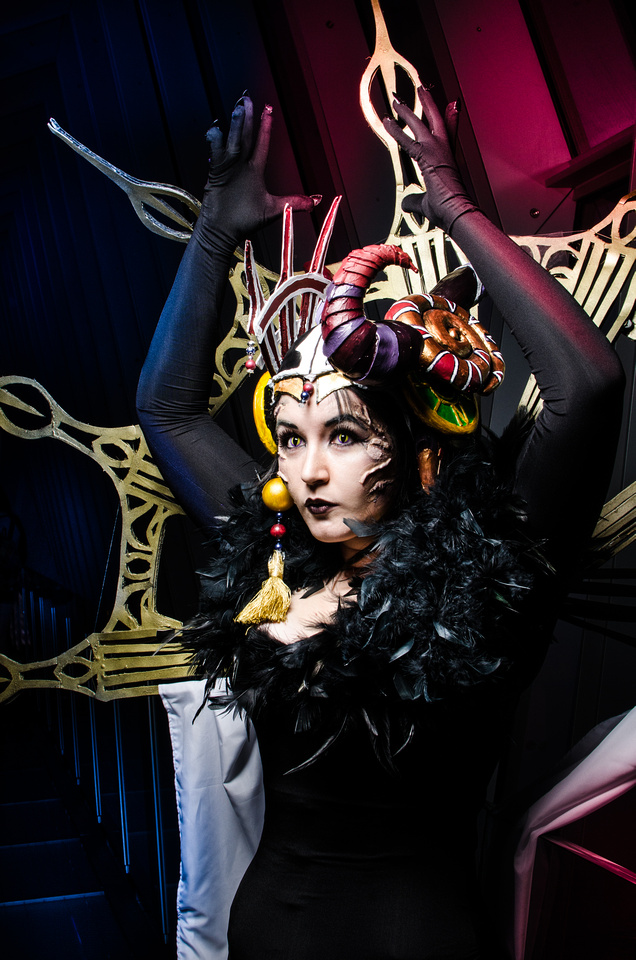